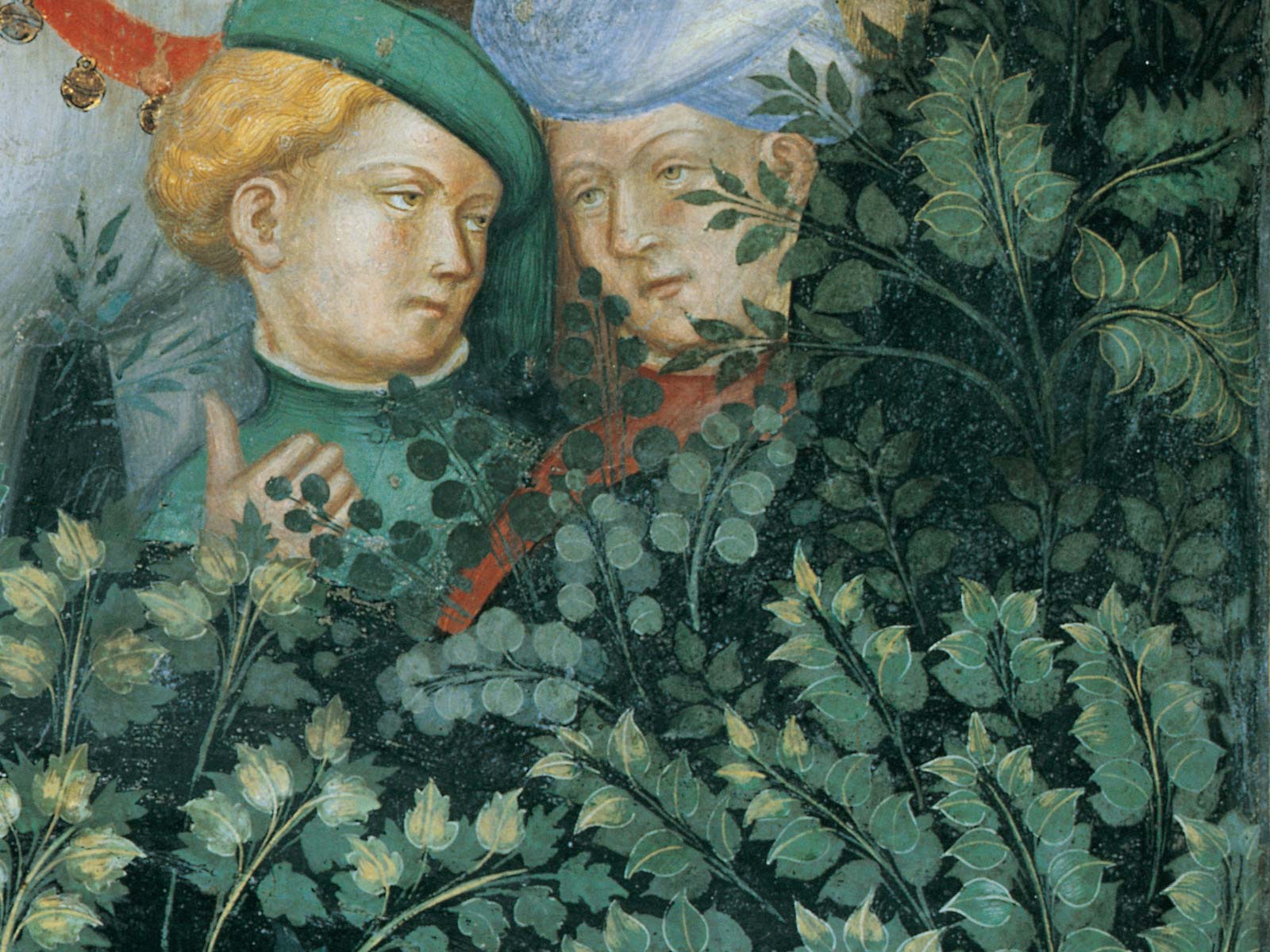 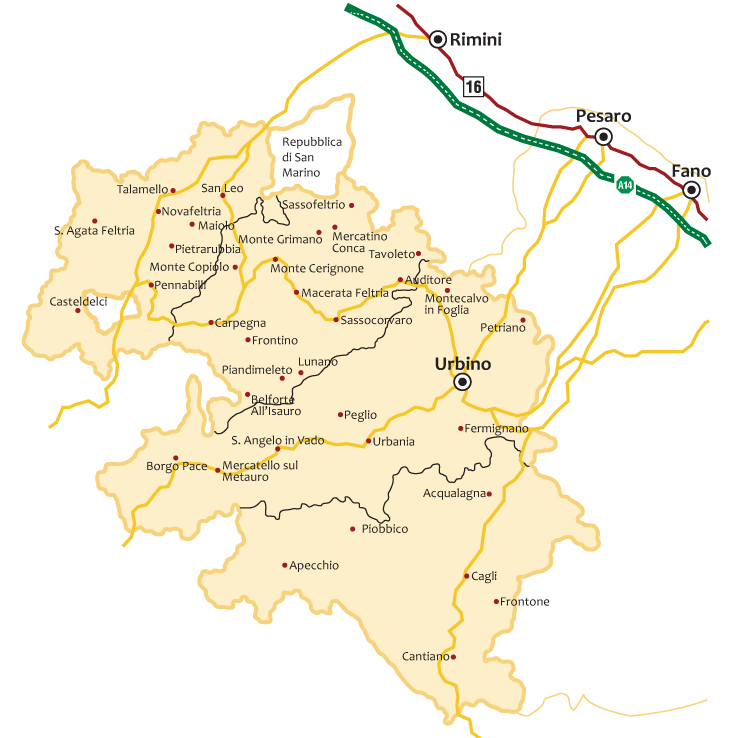 Land of rare natural beauty and great cultural riches Montefeltro is a region for visitors who care about quality and variety of holidays.
Urbino, the ideal capital, a world heritage city, entered on Unesco’s roll of honour; a Renaissance masterpiece, unspoilt by time.
And there are smaller places, lesser things, deserving the same attention, beauties which never fail to amaze the interested traveller.
The Montefeltro region has in truth been fortunate, possessing that rarest of gifts: a history where mankind and the land he inhabits have been united in harmony down the centuries.
fopr centuries, man has sown and reaped, protected and transformed the fruits of this land.
And the land, for its part, has drawn from man the respect  and reserve of those who comprehend the essence of their own identity.
How else explain the continued existence (in a nation which has betrayed even the most beautiful of its gifts) such an unusual uninterrupted series of well-tilled fields, of untouched woodland, glorious scenery and well-tilled fields, of untouched woodland, towns and villages.
Only this innate alliance can never explain the warmth and charm of those who have nothing to hide and much to offer.

Two thousand kilometres of wonders to astound you

Montefeltro region, the historic Montefeltro Duchy, covers an area of about two thousand kilometres in the Pesaro-Urbino Province in Le Marche. Montefeltro has 35 Municipalities, sub-divided into 4 Mountain Communities: Montefeltro, Alta Valmarecchia, Alto-Medio Metauro, Catria-Nerone. Its borders touch Tuscany and Umbria, Emilia-Romagna and the Republic of San Marino.
Its position, at a crossroads of historic ways, helps us to form an image of this changing territory, with so many different faces.
Every mountain pass, every turn in the road gives new scenery to marvel at: from the hars mountainous outlines of Sasso Simone-Simoncello, Carpegna and Catria, Mount Nerone and Alpe della Luna, descending gradually to gentle hills sloping down to the Adriatic. Everywhere, the marks and works of man, who has laboured to build the roads linking one place to another. Innumerable places to stop, and a hospitality industry reaching to every corner, even the most remote.
Montefeltro in one of those rare lands where the visitor can travel according to a theme: art and architecture, or fine food and wine; nature reserves and environmental treasures; or all of these together.
Two thousand kilometres is a lot of ground. And the wonders you can see are never-ending.